Fourteen people injured in US shopping mall shooting as man, 22, arrested
Posted by   on Apr 17

Fourteen people have been injured in a shooting at a US shopping mall, authorities said.

A 22-year-old man has been arrested following the incident on Saturday afternoon at Columbiana Centre in the capital of South Carolina.

One of those detained as a person of interest remains in police custody and is expected to be charged with unlawful carrying of a pistol, he added.

No deaths have been reported but two of the shooting victims are in critical condition on Saturday.

But today just the oldest of the victims, who range from 73-years-old down to 15, is still receiving medical treatment, with the others released or expected to be released shortly.

Police say nine of the injured were shot and the other five suffered injuries while attempting to flee.

Local media outlets reported heavy presence of police and emergency personnel at the mall, which was evacuated at around 2.30pm local time.

Injured people were treated at the scene as officers went store to store searching for people with weapons.

Officers earlier said they were responding to ‘shots fired’ at the centre.

‘We have confirmed that people have been injured during the incident — they are receiving medical attention,’ Columbiana police tweeted earlier. 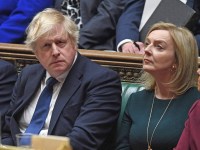 ‘The extent of injuries unknown at this time.’

A reunification site was set up near the mall, according to the Lexington County Sheriff’s Department.

The site was opened for ‘those with loved ones involved in the Columbiana Mall shooting,’ the department tweeted.

The shooting is the latest in a series of gunfire incidents at or near malls across the country, with the USA continuing to struggled with its gun violence problem.

Got a story? . Or you can submit your videos and pictures .

Follow Metro.co.uk on and for the latest news updates. You can now also get Metro.co.uk articles sent straight to your device. Sign up for our daily push alerts .

Fourteen people injured in US shopping mall shooting as man, 22, arrested
Baby kidnapped while gran unpacked shopping from her car is found safe

Rudiger Reveals Who Convinced Him To Join Real Madrid

US agency bans Juul e-cigarettes: Company will ‘be held accountable for creating the youth vaping epidemic’

Actor, Chidi Mokeme, Loses Cousin To Hit-And-Run Driver In Portland And His Sister To Illness